With 323 horsepower, the Mazda CX-60 is the brand’s first plug-in hybrid model and can travel 63 kilometers (39 miles) in pure electric mode. 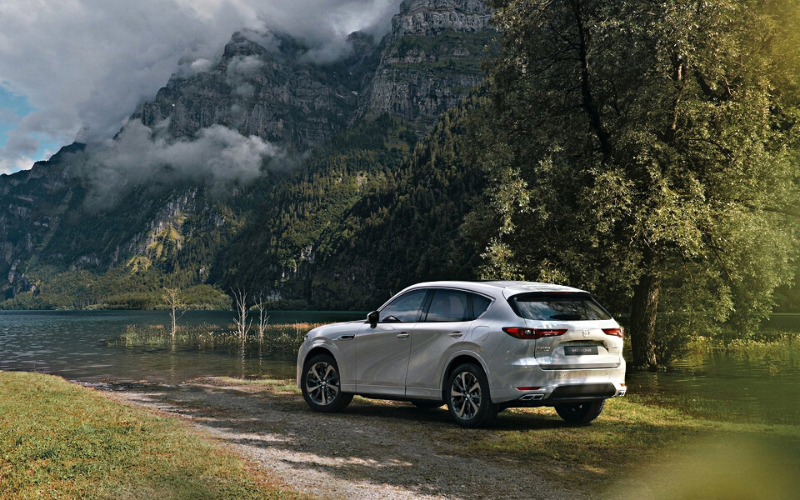 The Mazda CX-60 PHEV, the first to be launched in Europe as a plug-in hybrid, has a power train that combines Skyactiv-G 2.5, four-cylinder direct-injection gasoline, a large 100 kW electric motor and a large 355V. , 17.8 kWh battery. This combination of engine and electric motor provides a total system output of 327 PS / 241 kW and a torque of 500 Nm, making it the most powerful road car Mazda has ever produced . The Mazda CX-60 PHEV offers impressive performance, accelerating from 0-100 km / h in just 5.8 seconds and reaching a top speed of 200 km / h. 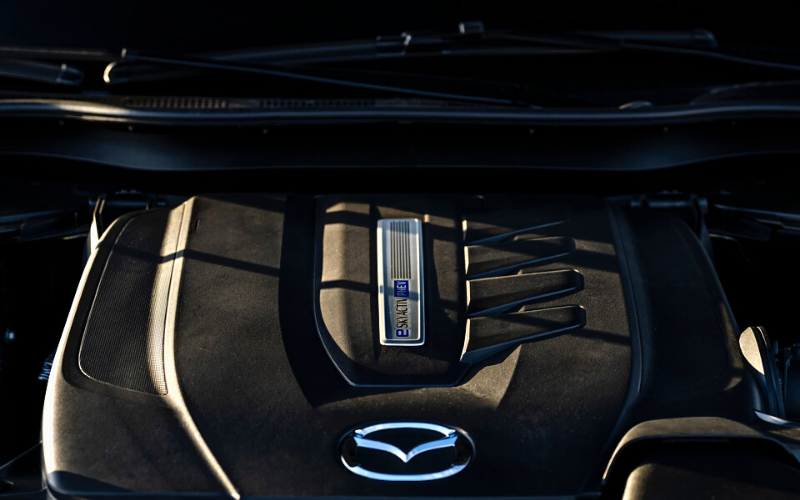 Mazda CX-60’s e-Skyactiv PHEV offers 60 km of electric drive, with the vehicle traveling at 100 km / hour or less. The location of the high voltage battery between the front and rear axles and as low as possible inside the body gives the new Mazda CX-60 PHEV a particularly low center of gravity. 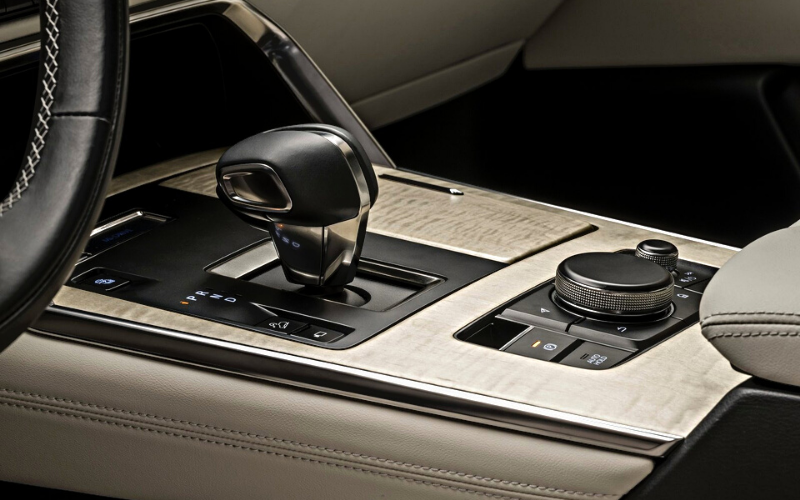 This, combined with a permanent all-wheel drive system, combined with an axle-to-axle torque transfer between axles, gives the car excellent handling features that rival high-end models. 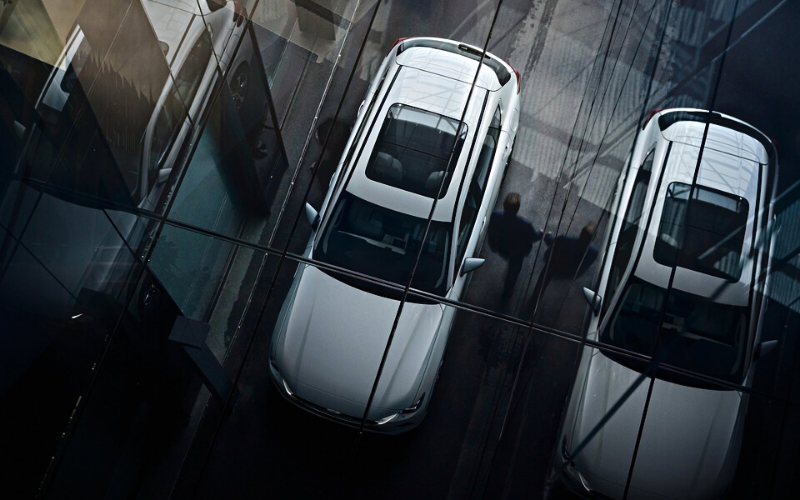 Painted in new Premium White Rhodium Metallic paint, the CX-60 has a long hood featuring a longitudinally mounted engine. As we are on the subject, PHEVs based on four-cylinder units will be followed by six-in-line petrol and diesel engines. Called e-Skyactiv X, the former will have a 3.0-liter displacement, while the latter will be a 3.3-liter Skyactiv-D. Both were developed with 48-volt lightweight hybrid technology to reduce fuel consumption and emissions.

All three power trains work with a newly developed eight-speed automatic transmission that replaces the torque converter with a multi-plate clutch. In the case of PHEV, the electric motor is incorporated into the transmission and works directly on the input shaft for faster response. It can be charged at 7.2 kW once your battery is drained, but Mazda does not say how long it will take. We know that reproductive braking is supported. 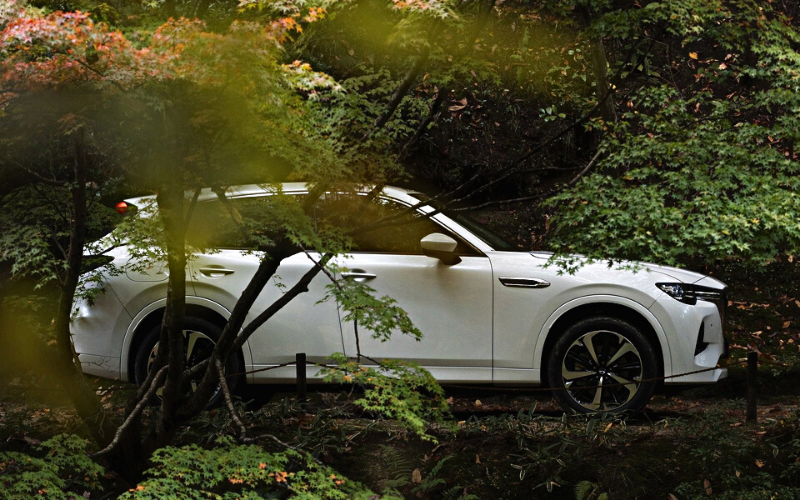 The majestic front face and long nose / hood rear profile are carefully crafted to give the Mazda CX-60 a powerful and dynamic profile. Kodo’s design philosophy of “bringing the car to life” aims to create a form that allows the car to act as a moving object, like a creature running at full speed.

Its frame exhibits stability as a living organism using its skeletal and muscular structure to firmly grip the ground. This is the essence of Kodo design. From any angle, the Mazda CX-60 uses its sturdy frame to convey its bony appeal. 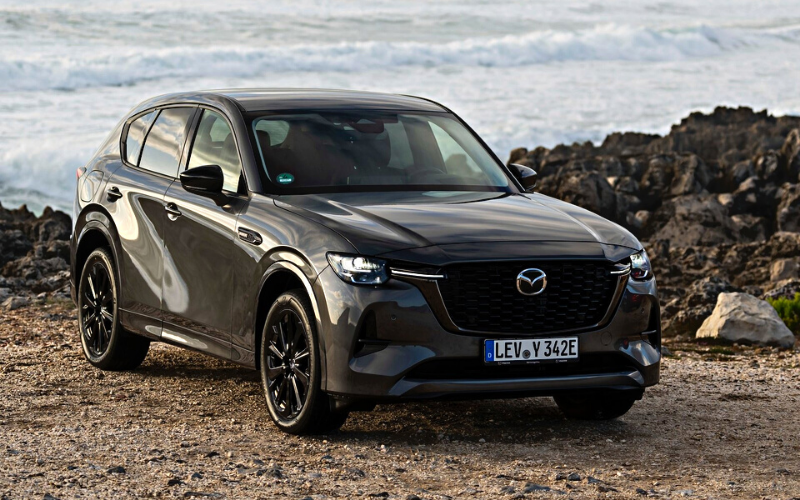 The front grill features a modified aspect ratio that shows the grill height more than other Mazdas. The iconic wings are now illuminated, further emphasizing the powerful look of the mesh.

The headlight design is also new to Mazda. Unlike previous models, the Mazda CX-60’s lamp arrangement consists of vertically stacked lamps and an L-shaped illuminated signature, creating a new articulation that conveys the SUV’s strength.

In terms of profile, the relative rear position of the cabin on the body gives the vehicle a dynamic, sporty feel. Elegant finishes rejuvenate the SUV’s harsh and tough feel, with a beam of light shining down from the rear edge of the cabin, brushing the rear wheel arches before reaching the ground. This simple yet powerful movement represents versatility in Japanese calligraphy and modern art, while refusing to be bound by the canvas frame.

The Mazda CX-60 continues the logo addition to the sports car’s front wing, with side badges to reflect the outstanding driving performance provided by its front-wheel-drive, rear-wheel-drive architecture. 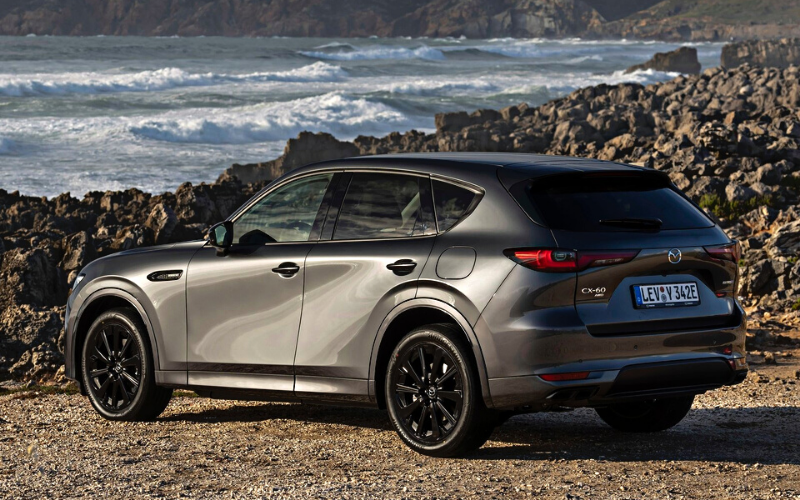 The choice of white was inspired by the Japanese aesthetic of less is more, and the ‘nothingness’ of the Zen, creating an image of a machine focused on the dense lightness of metal. Compared to the traditional White Pearl finish, Rhodium White has a denser grain texture with intense shine that emphasizes the powerful but elegant profile of the Mazda CX-60.

Share
Thirteen Reasons ... I Can Say No to Letters of Recommendation or Submissions Previous post
Things to Consider Before Choosing a Parramatta Tire Shop Next post

Rolls-Royce Phantom II to undergo a subtle makeover in 2023

Prices of best trucks in Nigeria