What is Gluten? Can it be part of a “healthy” diet?

In recent years, gluten has emerged as something we should avoid.

That’s because more and more people are finding out they are sensitive to gluten – which means when they cut gluten from their diet, they both feel better physically and mentally.

But is gluten really “unhealthy” for everyone?

Let’s take a closer look at what gluten is, how it is digested, and how it affects the body. 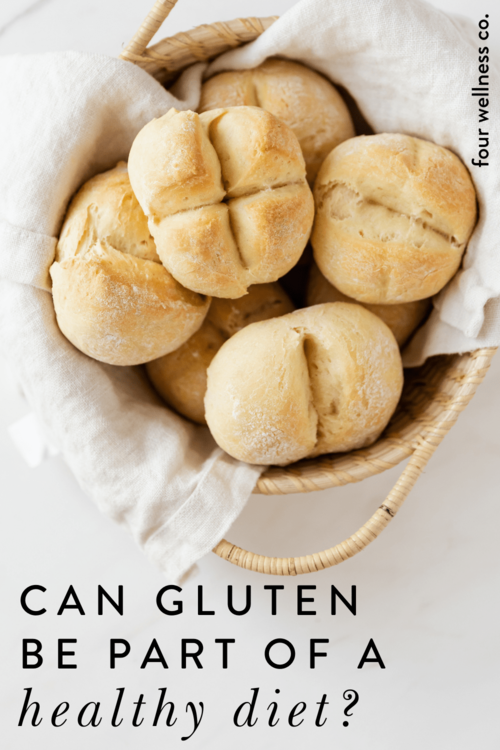 Gluten is a group of proteins commonly found in wheat, barley and rye. It is the glue that helps foods like bread, pasta and cereal to stay in shape. Think of it as glue!

In addition to bread and pasta, you may also find gluten in the following foods:

How does gluten affect the body

How gluten affects our bodies depends on whether we are sensitive to it. The digestive process is the same for everyone, though: Once we eat gluten, our bodies break it down into different parts.

Humans cannot digest a substance called gliadin. This is the ingredient that causes problems in people with gluten sensitivity.

Those who are not sensitive will have no problem getting rid of gliadin in waste. But in people with celiac disease, gliadin reacts with a specific enzyme called transglutaminase. This reaction causes an autoimmune reaction that wreaks havoc on the body.

Due to gluten sensitivity, the immune system is not involved – but people still experience many of the same symptoms.

Researchers have been able to determine that celiac disease may be inherited, but not in all cases. Otherwise, they are not sure why some people can treat gluten and others cannot.

The Difference Between Gluten Sensitivity and Celiac Disease
Celiac disease and gluten sensitivity are not the same, although they cause many of the

same symptoms. In both cases, people may come across:

The main difference is that the bowel is damaged with celiac disease. That’s because our bodies wrongly invade the intestinal wall.

If not checked, this can cause permanent damage and lead to long-term health problems, including miscarriage, weight loss, and even some types of cancer.

On the other hand, fortunately, having gluten sensitivity does not cause intestinal damage. Instead, the body reacts poorly to gluten. (Although suffering from these symptoms is certainly still unpleasant!)

Can gluten be part of a healthy diet?

Whether gluten can be part of a healthy diet depends on whether you are sensitive to gluten.

For those of us who are intolerant, we can eat gluten without damaging it. However, remember that gluten is often found in foods high in carbohydrates. For those on a low-carb diet (such as a ketogenic diet), you may find that gluten doesn’t fit in with your diet.

For anyone with gluten sensitivity or celiac disease? Experts recommend removing gluten completely. This is the only way to get rid of her troublesome symptoms. And, in the case of celiac disease, gluten needs to be completely removed from the diet to prevent dangerous inflammation and gut damage.

How much gluten to eat to be “healthy”?

However, you may be spreading your gluten consumption across many different foods. For those of us without gluten intolerance, this is not a problem.

As with any food, it’s important to enjoy gluten in moderation. And, since eating large amounts of gluten-rich foods (think bread, pasta, etc.) is generally unhealthy, use common sense and follow a healthy meal preparation plan to make sure you’re eating a balanced diet .

These guidelines are different for people who have trouble digesting gluten. In this case, the FDA recommends less than 20 parts per million gluten a day (about 10 milligrams of gluten). For your information, this is about some breadcrumbs.

You can usually include foods that contain gluten as part of a healthy diet, as long as you are not gluten insensitive.

Try an elimination diet: If you are battling multiple digestive symptoms, the culprit may or may not be gluten. One way to find out is an elimination diet. Start by eliminating one or two foods from your diet at a time. Wait a few weeks to see if your symptoms are improving. If they do … you’ve found the problem!

7 Tips for Health and Fitness for Older People